The equity markets kicked off the new year on a high note by breaking historic January performance records. The S&P500 gained +6.18% over the month, while the STOXX Europe 600 rose by +6.71%. Inflation statistics and monetary policy continue to be very closely watched. It is worthwhile noting those shunned stocks and sectors from last year, have been the biggest winners so far this year.

The bond market rallied as well since central banks (Federal Reserve, European Central Bank) have signaled the degree of future rate hikes will be less restrictive (+25 basis points as opposed to earlier expectations of +50 bps). The 10-year US bond yield thus returned to the

In the foreign exchange market, the dollar index (USD against a basket of international currencies) fell slightly below 103 points, which can be seen as a support level.

Regarding commodities, WTI oil managed to close above the major support zone of $77 for the third month in a row. The reopening of China (end of zero-Covid policy) currently appears to hold more importance in investor sentiment versus a possible global recession.

As big technology stocks push up the equity markets during the earnings season, the Alpha Equity World ESG Fund has risen as well, albeit at a slower pace. The past month we took profit on our Horizon Therapeutics position and invested the proceeds into Thermo Fisher Scientific. Over the month, two of our bank holdings were amongst the top three contributors to the Fund’s performance, whereas the top three detractors were companies from different sectors.

Following SVB Financial Group’s October -31% share price plunge (earnings warning), the stock was able to recuperate most of the lost territory with a +29% gain in January. We kept the share in portfolio post the correction last year, estimating investors had reacted too negatively. As a reminder SVB Financial Group provides bridge financing to start-up companies, predominantly in the healthcare and technology sectors. The posting of the 4Q22 results in January indicate the pace of start-up cash burn has decreased as well as the rate of decline of venture capitalist investments. Expectations of business bottoming in the 4Q23 are liable to move forwards into this year.

First Republic Bank too rebounded in January (+14%) after the -9% correction last October. In 2022 investors were spooked by rising funding costs weighing negatively on the net interest margin. The latest quarterly results displayed a continued sequential fall in the net interest margin (as expected by consensus), yet loan growth remains well above the “mid-teens” growth rate and deposit growth trends remain strong too. As soon as the 1H23 net interest margin floor guidance gains credibility, we can expect the stock to continue its 2023 rally.

UFP Industries’ (+16%) stock price rise in January appears to be anticipating robust 4Q22 results, which will be released February 16th. The company has a five-quarter track record of exceeding expectations to-date. Its business is highly correlated to the cyclical housing sector.

After strong AMN Healthcare 2021 and 1H22 results, consensus is expecting the company to publish a -22% year-on-year fall in 4Q22 sales, February 16th. The share declined by -8% in January. Margins are expected to contract as well with the stable to rising cost base. Stiff competition, rising labour costs and interest rates in a heavily indebted sector are indeed risks in the healthcare services sub-sector. AMN Healthcare’s debt-to-capital ratio however stands at 0.43 (versus the industry’s level of 0.51) with zero current-year debt on its balance sheet end 3Q22. Its healthcare Managed Services Program gains market traction by streamlining entire client workforce planning processes. The supply of AMN’s healthcare candidates remains stronger than pre-pandemic levels.

L’Occitane International (-13%) has been facing selling pressure since it posted its October- December quarterly results (fiscal year 3Q23). Revenue only rose +8% year-on-year (+4.5% y-o-y on constant rates), decelerating from the +25% y-o-y in the July-September quarter. Management lowered full-year sales growth guidance to “low teens” y-o-y (versus mid- teens previously) and the operating margin at 14% (versus 15-16% previously) due to Covid in China.

KBR Inc. (-5%) is scheduled to post its 4Q22 results February 16th as well. Apart from potentially jittery investors unable to hold their positions through the numbers, we have not seen any incremental news that should have weighed on the stock.

The two-fund manager team removes the key-person-risk and ensures continuity of Colibri AM’s investment process for the long run.
While each investment is validated by both fund managers (via ESG trajectory screening, fundamental analysis, portfolio construction), Marc et Frédéric are each able to carry out every step of the investment process independently. The bottom/up investment process largely focusses on choosing the best companies for each sector of the universe. 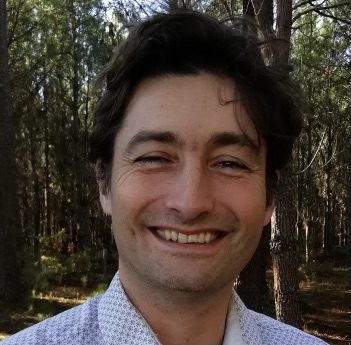 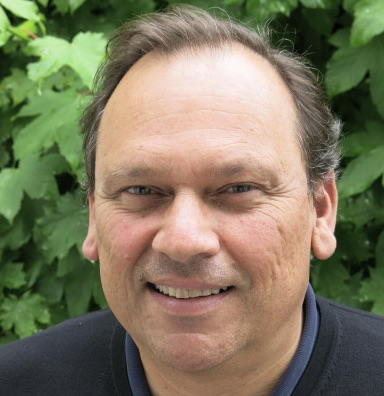 The information presented above does not constitute either a contractual element or an investment advice. Past performance is not a reliable indicator of future performance. Management fees are included in the performance. Access to the products and services presented here may be subject to restrictions for certain persons or countries. Tax treatment depends on individual circumstances.

This fund investment promotes environmental, social and governance (ESG) criteria within the meaning of Article 8 of Regulation (EU) 2019/2088 on sustainability reporting in the financial services sector (the so-called “SFDR Regulation”). It does not aim to be a sustainable investment. It may invest partially in assets with a sustainable objective, for example as defined by the EU classification.

This fund investment is subject to sustainability risks as defined in Article 2(22) of the Regulation (EU) 2019/2088 on sustainability reporting in the financial services sector (the “SFDR Regulation”), by an environmental, social or governance event or condition which, if it occurs, could result in an actual or potential negative impact on the value of the investment.

This website uses cookies to improve your experience while you navigate through the website. Out of these, the cookies that are categorized as necessary are stored on your browser as they are essential for the working of basic functionalities of the website. We also use third-party cookies that help us analyze and understand how you use this website. These cookies will be stored in your browser only with your consent. You also have the option to opt-out of these cookies. But opting out of some of these cookies may affect your browsing experience.
SAVE & ACCEPT